NFL Hall of Famer and former Chicago Bear Gale Sayers has died at age 77. Sayers was known as the 'Kansas Comet' from his days playing college football at Kansas. He spent seven seasons with the Chicago Bears from 1965 to 1971, before being forced to retire due to injury.

Sayers was the youngest player ever inducted into the Pro Football Hall of Fame due to his shortened career which ended because of knee injuries. His death followed his declining health that included dementia.

"All those who loved the game of football mourn the loss of one of the greatest to ever play this game with the passing of Chicago Bears legend Gale Sayers," Hall of Fame president and CEO David Baker said in a statement.

"He was the very essence of a team player—quiet, unassuming, and always ready to compliment a teammate for a key block. Gale was an extraordinary man who overcame a great deal of adversity during his NFL career and life."

He gained additional fame when his autobiography, I Am Third, was turned into a 1971 made-for-TV movie Brian's Song. Sayers was the first African American to room with a white player in the NFL. That friendship with his Bears teammate Brian Piccolo, who died of cancer in 1970, became the basis of a very emotional movie. 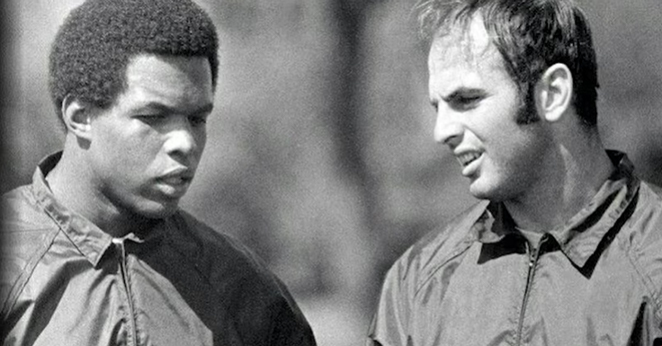 Sayers was a four-time Pro Bowler in his 68-game career. In 2017, his family spoke to the Kansas City Star about his battle with dementia. In 2014 Sayers sued the NFL over concussions that he said led to "loss of memory, dementia, Alzheimer's, neurological disorder, depression, sleep problems and irritability" in his life after football.

Sayers played college football at the University of Kansas. He later worked in the athletic department at his alma mater for three and a half years before becoming the athletic director at Southern Illinois University Carbondale in 1976. In 1984, Sayers founded Crest Computer Supply Company in Chicago. 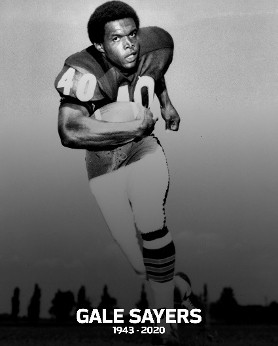 Dementia and other health issues have impacted many former players in professional football. The list of names is long as outlined here.