Pope Francis vocalized his support of the elderly by telling a recent crowd at St. Peter's Square that we are the elderly. The Pontiff told pilgrims and tourists gathered for his Angelus prayer that Christians should treasure the presence of elderly family members and not to discard them like "waste material."

"This is a drama of our times: the solitude of the elderly," he said, when "children and grandchildren do not make their lives a gift for the elderly," the Pope said. 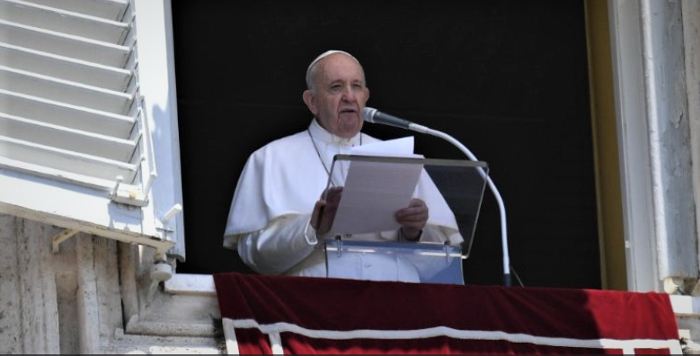 The Pope has made many references to the elderly during his pontificate. He has spoken about the dignity of elderly people. In 2015 Pope Francis declared the elderly "are not aliens," but rather "men and women, fathers and mothers who walked the same road before us."

We all Become Elderly

"We are the elderly: some sooner, some later, but inevitably nonetheless, even if it doesn't seem like it. And if we do not learn to treat the elderly well, that is how we will be treated," the Pope said.

"All of us elderly people are a little fragile," Pope Francis said. "Some, however, are particularly weak, many are alone, and marked by illness."

In January 2020, the Pontiff addressed the International Congress on the pastoral care of the elderly. He spoke of the demographic changes the world has seen over the past few decades.

Flip of the Age Pyramid

He said the demographic pyramid has become inverted. Decades ago, there were large numbers of younger people that provided the foundation of the pyramid. There were just a few older people at the top.

The "richness of many years" is a richness of people, the Pontiff explained, each individual who has many years of life, experience, and history behind them.

"It is the precious treasure that takes form in the journey of life of each man and woman, whatever their origins, provenance, and economic or social conditions. Life is a gift, and when it is long, it is a privilege, for oneself and for others. Always, it is always this way," Pope Francis said.

As We Get Older, We Find Religion in Greater Numbers

Mark Kunik, professor of psychiatry at Baylor College of Medicine in Houston, Texas, was quoted in MoneyWatch that as people get older they become more religious.

The practice of their faith provides social support. When people retire they have more time. Religion can fill that space.

Kunik says seniors gain health benefits from deriving meaning and purpose from life. Studies have shown that seniors are happier when they regularly attend church activities.

Dependency and the Aging Process

Much of the world today tend to ignore the value of its older citizens. Churches and other religious institutions reinforce the importance of their lives and their role in actively participating in life.

Dependency becomes a big part of the aging process, but at church, this loss of independence becomes less because of the faith community's support and the value they place on each life.

Americans today have less family than ever before. Often, adult children don't live nearby. As people get older, health and aging issues make them more dependent on others. Too often, no plan has been put in place on how dependency will be addressed. Older parents often don't share the health challenges they are facing. Then a crisis happens.

When a person needs help with everyday activities or supervision due to memory loss, the individual may not receive the appropriate care until a crisis occurs. Families are often unable to provide this care. Churches and faith communities often attempt to fill the role but don't always have the means to take care of everyone.

As the Pope has indicated, we all are the elderly at some point. Taking care of our older population starts with planning.

There are many consequences to our family and finances when we fail to plan for the financial costs and burdens of aging. Families are not in a position to be caregivers, and finances can run short when paying for expensive long-term care services.

The older population has few options available to them once their health changes due to an illness, accident, or the impact of aging. The rest of us have the opportunity to make sure we don't face some of the same challenges that plague many older people today.